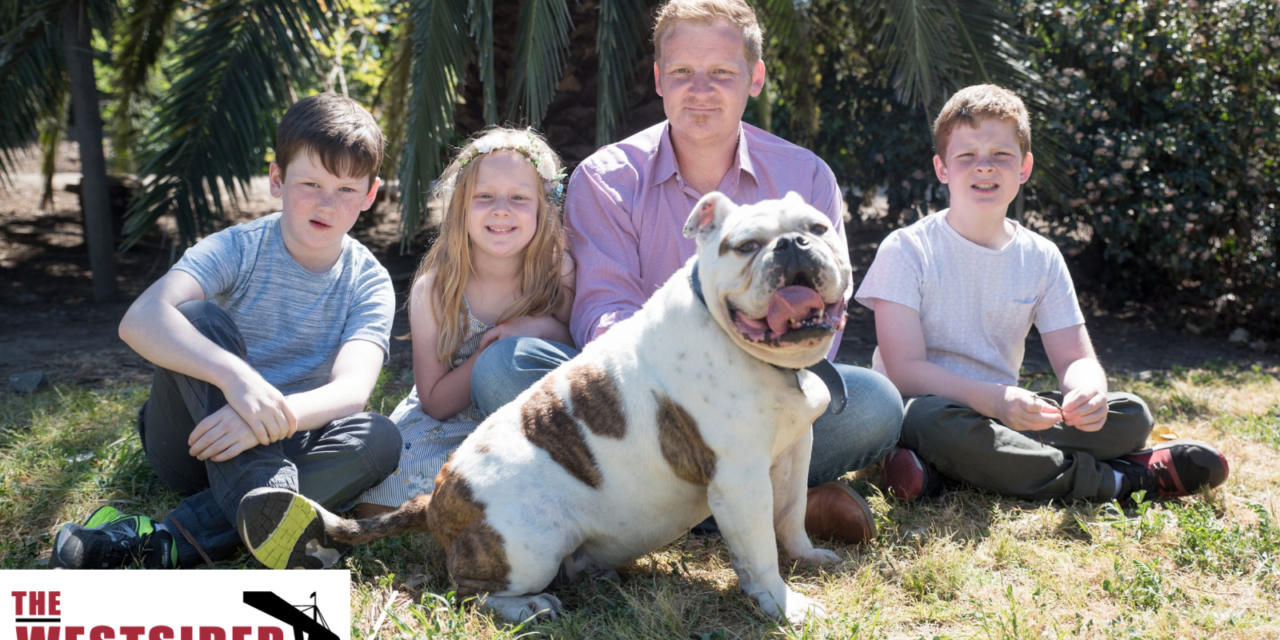 Reading the profile of Ozzy the Australian Bulldog on the Pet Rescue website in March 2018 felt like someone had described me, but pretended I was a dog:

“Ozzy likes getting out for walks, but no longer than 10-15 minutes or he will lie on the ground like a big lump and refuse to move.

Ozzy also likes chilling, lots of cuddles and kisses, and spending time indoors in the aircon.

Ozzy is well behaved in the house when you aren’t home, except indoor plants sitting on the ground can be very confusing.”

The hairs on my neck stood on end as I read this eerily accurate bio of myself, except it was about a dog who needed a home. And I was a man who needed a companion. I’d been on dating apps and profiles before, and I can honestly say I’ve never felt more immediately connected with someone before this. A bolt of lightning had busted my heart open and this ‘Ozzy’ character sounded like my soulmate.

We swapped a few messages, and while Ozzy preferred to go through his foster parents to maintain an air of detachment, I could see through that ruse. I could feel in my gut and my heart that we were fated to be together.

Our first date was a group affair, with Ozzy bringing his foster parents along to play chaperone. My kids were my entourage, so it was quite a chorus of a cast, and we had to sneak glances at each other out the corners of our eyes, not holding contact for too long.

Over a cup of tea and a walk around the backyard so Ozzy could test its suitability for a range of shenanigans, Ozzy and I bonded. We cemented our pairing with a cuddle and pat, and my kids told me he was the one for us. My eldest went so far as to write a note on the whiteboard:

“We will all ❤ Ozzy forever, from Daddy, Leo, Gus and Ada.

And we already do.”

We certainly did, and we definitely will.

Ozzy had been slower and more sluggish this year. Since the heat of last summer had faded, the cool of Autumn and cold of Winter seemed to soak into his bones and joints, and sit heavier on his skin, making it sag more than it had in the previous two years.

His enthusiasm hadn’t waned much at all – he’d still waggle around when the kids and I arrived home, and chase his new little/big brother, Jordy the greyhound, around the backyard. But the downtime between bursts was lengthening, and I’d have to work slightly harder each week to rouse him in the mornings.

Sunday the 23rd of August was a slow day in our house. My kids were with their mum that weekend, and the dogs and I had pottered about, deliberately without much of an itinerary for the day. I did some work on the computer for a while, and we all settled in for an unplanned but very much needed afternoon siesta in the lounge room.

I was woken from my slumber about 6.30pm, by Ozzy nudging me with his stackhat-like head, and Jordy whinnying like greyhounds do. It was past their regular dinner time, and they’d let me sleep as long as their stomachs would allow.

Jordy wolfed his dinner down, but Ozzy laboured over his more than usual. Ordinarily like a former inmate not wanting anyone to even see he had food, Ozzy munched like a grazing cow, (and being a bulldog, stood like one, too). He was slow walking back to his bed, and didn’t move much more for the evening.

Monday the 24th saw Ozzy even more slow and tired. We had another quiet day at home (as is the way, this year), and it took more coaxing to get Ozzy outside for toilet breaks and to stretch his legs. He wasn’t much interested in chasing Jordy, and sat at the back door until we went back inside. I felt his time was nearing, and thought it might be a week or two away.

That evening, the 10-year-old Ozzy and I had a big cuddle before bedtime, and I shared with him my favourite memories of him and me and the kids.

That first meeting, when we all fell in love with the older dog who needed a new forever home to spend his twilight years.

His eighth birthday, when we made a meatloaf cake for him with candles in it, and sang ‘Happy Birthday’ while he drooled all over the coffee table and had to be restrained from gobbling his cake while we sang.

His first Christmas with us, when he played Santa with a festive hat on, and sat next to the kids as they opened their presents so he could bite and rip and throw around the paper as it fell.

His enthusiasm and wombat-like running on the oval when we’d watch my boys play footy, with Ozzy joining me in the huddles and loving the pats and attention from the team and the other parents.

The sheer love of my mother’s big rural backyard when we visited for holidays, and the river and paddocks behind her house, and the cane chairs on her back veranda.

How he saw the lawn mower as his arch nemesis, and even if it wasn’t running and I had the garage’s roller door up, Ozzy would bowl up to the mower with his barrel chest all taught, barking at it to try and teach it he was the top dog around our parts.

The pleading bark whenever another dog walked past our house, because he could sense them and wanted to join them outside immediately.

The way he’d waggle his butt and tail when you tickled or rubbed his side and hips.

And when he’d be a bit too naughty and I’d have to tell him off and to sit on his bed, which he’d but with his back to me, sneaking surly glances at me over his shoulder and throwing serious shade my way.

I thanked Ozzy for loving my kids, and for loving me. He might be the rescue dog, but he’d done the rescuing of me in a lot of ways. Ozzy gave unconditional love during a time I really needed it, and slobbery kisses whether I wanted them or not.

The daily walks, those taxing 10-15 minute walks, got me out of the house on days I didn’t want to, and felt better for taking in some sun and air with my adorable, huffing, snuffling, wingman. Ozzy was my housemate, and my constant companion, and travel buddy who tolerated me singing as I drove, even if he’d fart to show his displeasure.

I gave him a kiss on the head, ruffled his jowls, and headed off to bed. I fell asleep quickly and easily, and wasn’t woken during the night.

Waking the next morning, I sensed immediately the heavier air in the house, and walked to the lounge room a little hesitantly.

I spied Ozzy on his bed, laying on his tummy with his front legs sprawled forwards as was his way. I called his name with a sense of dread, repeated it when he didn’t lift his Easter Island statue of a head, and I knew. My big, beautiful, boofhead boy was gone.

A teary call to my mum later, I washed Ozzy as best I could, and made the arrangements for him to be cremated and his ashes placed in a wooden urn fashioned into a photo frame, so Ozzy could return to our lounge room and stay with us.

Telling my kids about Ozzy dying was the hardest thing I’ve had to do in a long time. They were sad and upset as I knew they would be, and as I was telling them. But we shared some happy and funny memories, and talked about sadness and grief taking time and coming in waves over time.

We miss our Ozzy, but we’re grateful he joined our family and had two-and-a-half years with us, before hitting the fairly-ancient age (for bulldogs) of 10, and dying in his sleep. I don’t know much about his life before us, but the end of it was pretty ideal.

We love you and miss you, Oz. Even your chainsaw-like snoring.

Thank you for loving us, and forgiving our snoring, too. 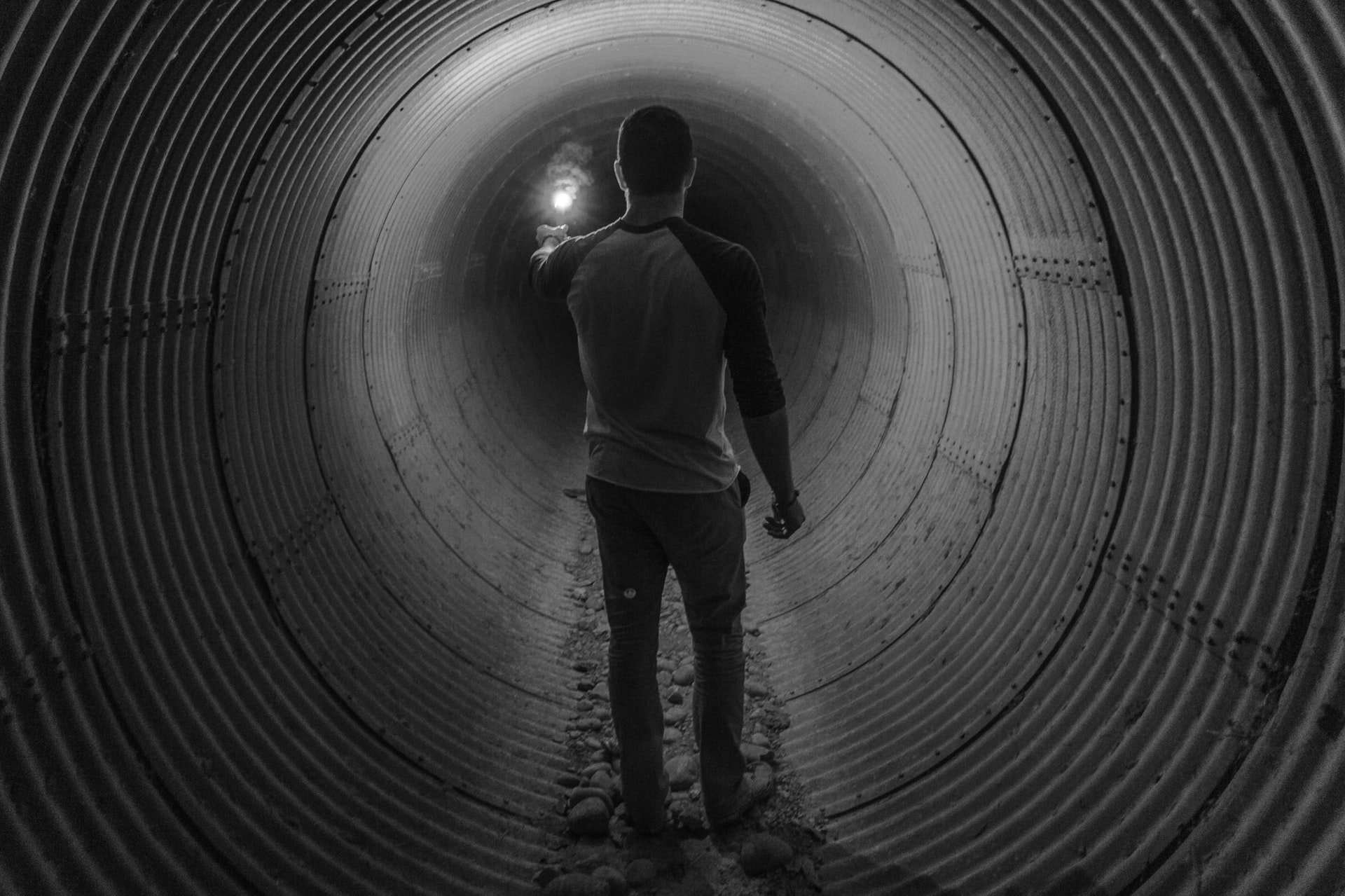