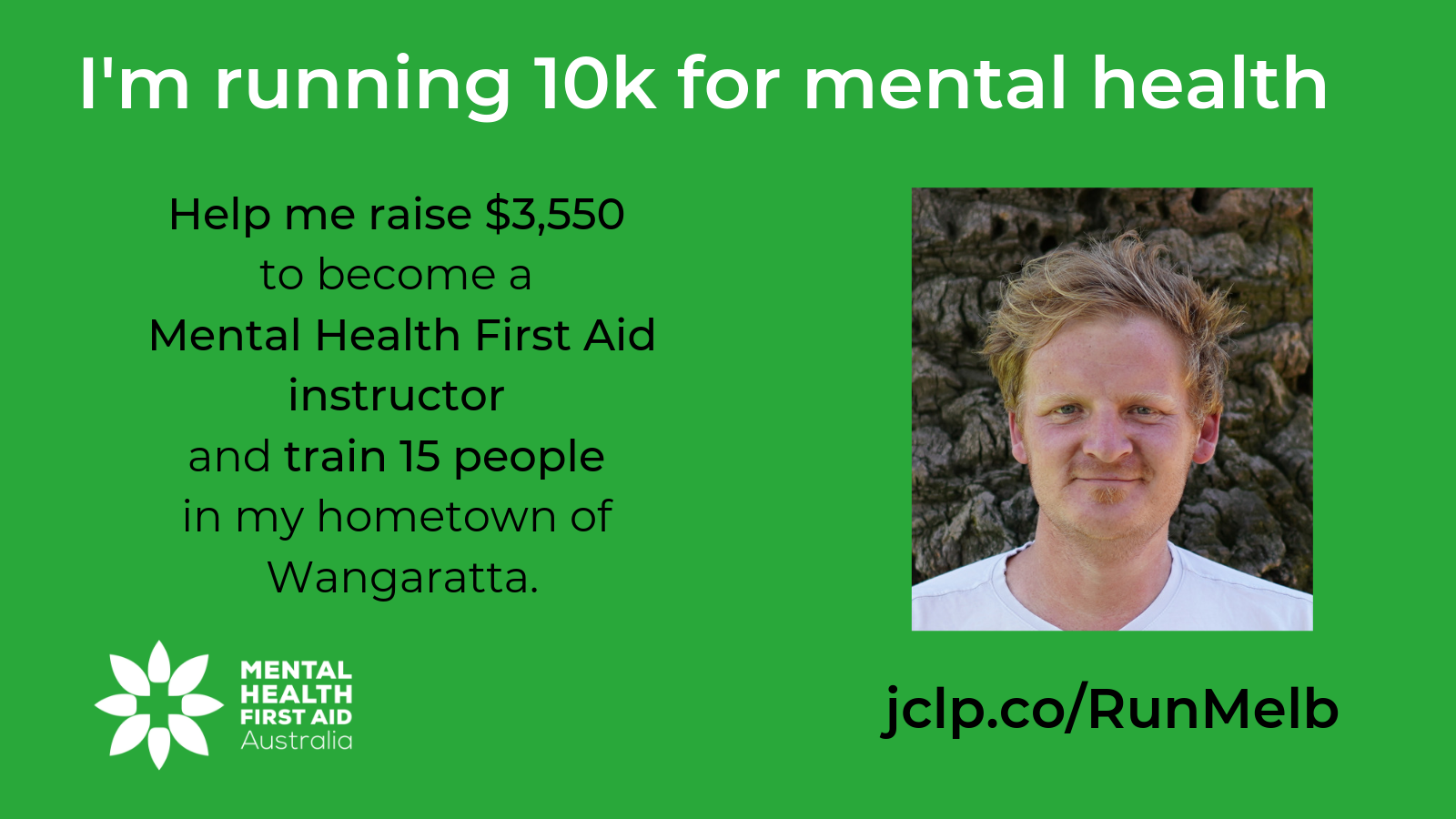 It’s been six years since I did a run of any note. Six years… and during that time I’ve reached the end of the rope and managed to pull myself back, to once again smile. But not everyone is that lucky…

Imagine a growing number of men, trained in mental health first aid, who can keep an eye out for each other, and support each other at times of crisis…

I’m doing the Run Melbourne (10km) on Sunday 28 July, and as part of this, I’ve selected Mental Health First Aid Australia as my goodwill organisation to raise money for, through the official Run Melbourne/Everyday Hero platform.

For me, it’s personal.

It was 1998 and I was in Year 11, when my father Adrian took his own life. It devastated me, to say the least. Six years later in 2004, I made an attempt of my own, but thankfully, I survived. I got a second chance, and after a lot of work on myself and support from people – especially my extraordinary mum – I’m still here, and I’m so grateful I am.

Now, I want to help others feel more equipped to support their friends, family, peers, neighbours, and community, by training men from my hometown of Wangaratta, in north-east Victoria, in mental health first aid.

By training men in mental health first aid, we’ll be doing something to go beyond asking others if they’re ok.

That’s a fantastic start, but we’ll be equipping men so they can offer some initial support to each other, and connect with services that can help them work through the tough and potentially life-threatening times.

While I’m doing the run for my own health and achievement, my fundraising target of $3,550 will enable me to become a qualified instructor in mental health first aid. Once I am, I’ve pledged to train an initial cohort of 15 local men in the course for free.

From there we’ll look to work with local groups and organisations to continue to train more and more, and grow a strong network of people supporting each other in the community.

Suicide is the biggest killer of men

A recent report from BeyondBlue, Beyond the Emergency, identified the number of men who attempt or contemplate self-harm is much higher than was commonly thought.

Data from ambulance attendances showed more than 30,000 call-outs for Australian men who had thoughts of suicide or attempted suicide between July 2015 and June 2016. Added to that were the almost 10,000 men who presented to hospitals for suicidal thoughts or actions of self-harm.

I no longer wonder whether I could have helped my father, but I do want to help other men.

My dad lost all hope completely, and of course, I wish I could have done something to stop him, but I couldn’t. It’s taken a long time, but I’ve learned from his death and my own attempt.

Doing this run to raise funds for training other men in supporting each other is something I can do. Maybe someone else’s dad can be helped and saved through this, and then more along the way? We need men to know it’s ok to not be ok, and you can come back from the brink.

Please support me reaching my target of $3,550 and train 15 Wangaratta men in mental health first aid at jclp.co/runmelb 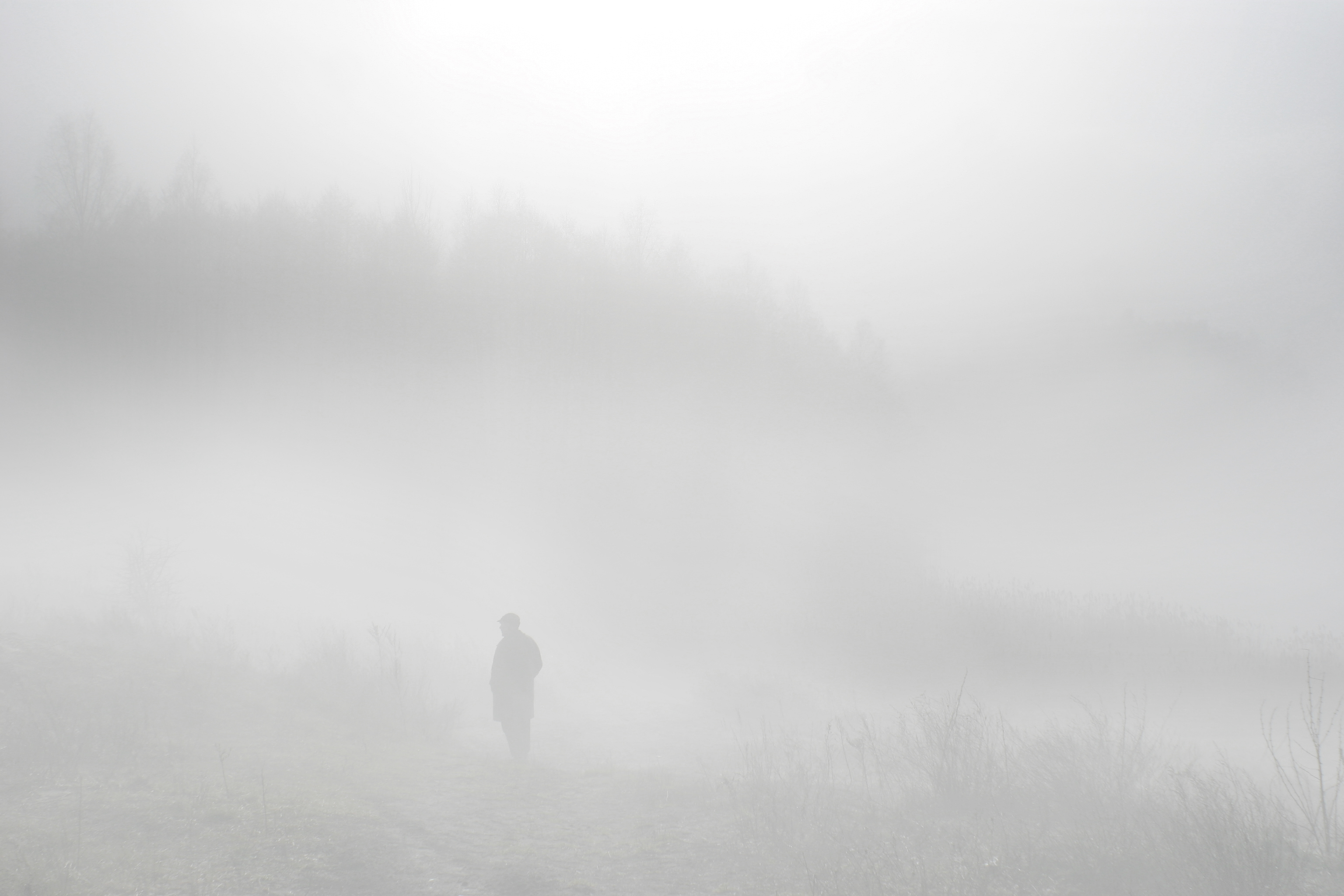 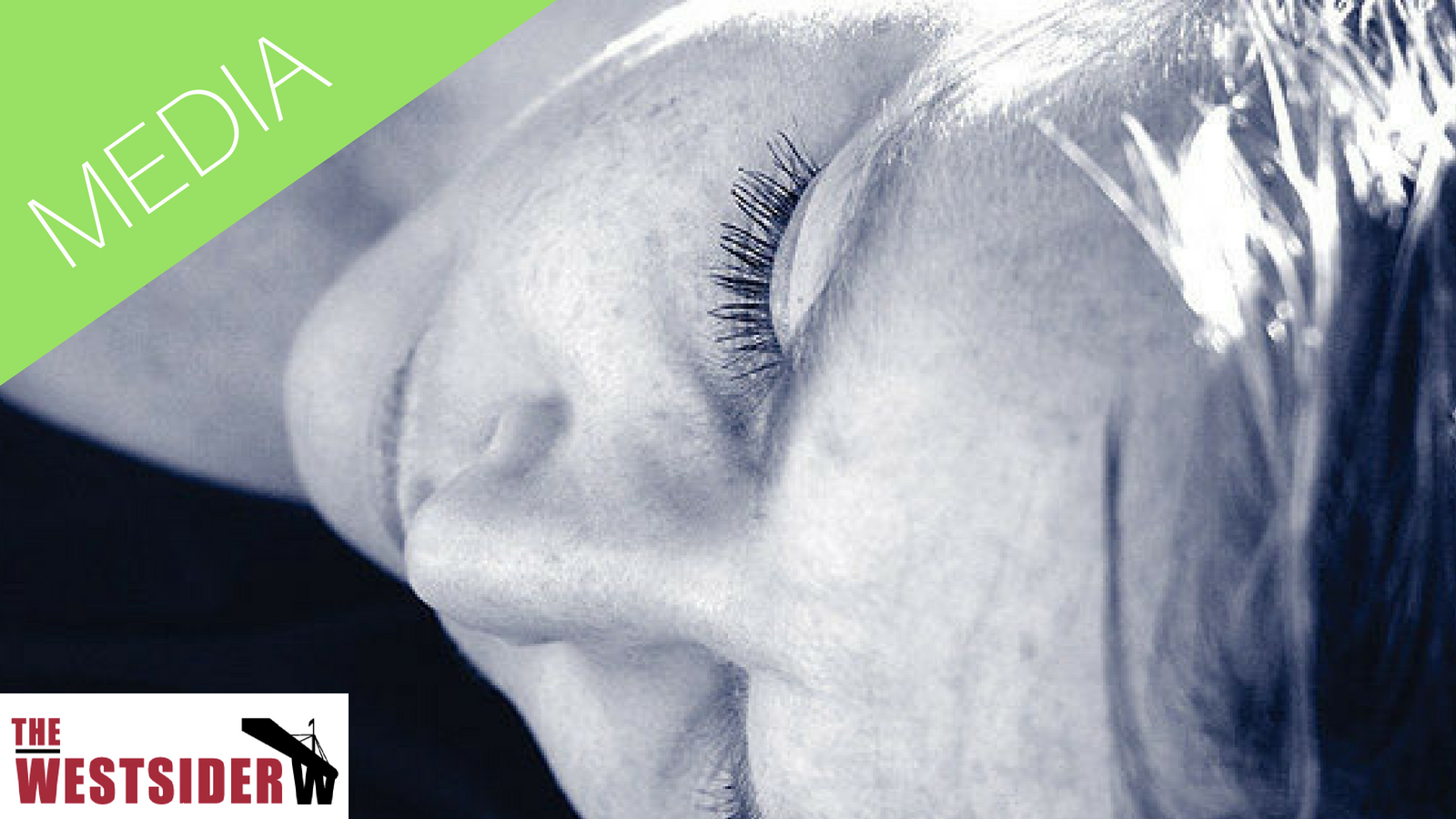